This section contains subtopics for each major area.  Please click on each topic and leave comments (names, corrections, suggestions, etc.) in the comment box at the bottom of the page for each.  Thanks.

NOTE:  No copyright protection is asserted for these photographs. If a recognizable person appears in any photograph, use for commercial purposes may infringe a right of privacy or publicity. It may not be used to state or imply the endorsement by NASA employees of a commercial product, process or service, or used in any other manner that might mislead. Accordingly, it is requested that if any photograph is used in advertising and other commercial promotion, layout and copy be submitted to NASA prior to release. 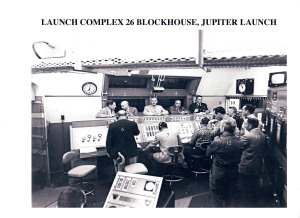 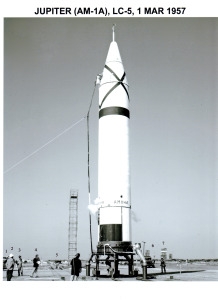 A blockhouse unidentified launch photo. The TV image is a Jupiter. 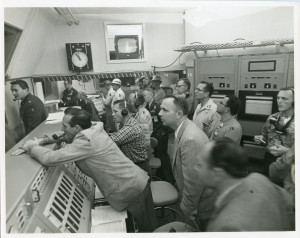 This is a Jupiter IRBM launch. The date or ID is not on the picture, but the image in the TV shows the type.

Names (You must enlarge the picture to see the numbers) 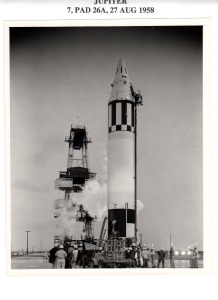 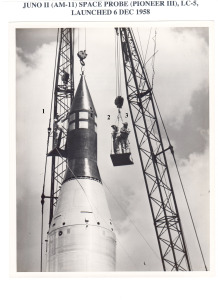 Explorer 7 (S-1) was launched using a Juno 2 rocket. Its mission was to measure the earth’s radiation balance. It was destroyed by the Range Safety Officer 5-1/2 seconds after liftoff because of a failure of the 400 cycle inverter power supply for the guidance system. 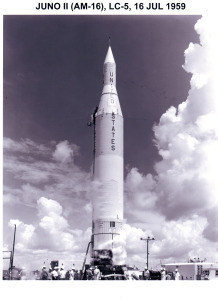 Managers in the back of the Blockhouse watching data playback after the failed launch. 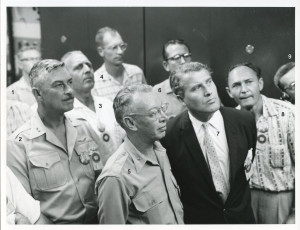 Edward R. Murrow in the Blockhouse 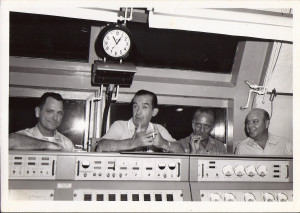 You can get an email reminder that tells you how and when to spot the International Space Station when it's in your neighborhood. To sign up visit: http://spotthestation.nasa.gov.